In this series, I used only abstract images in 2011, and since 2012, I have started to use pornography in place of abstract images as a new approach. It has enabled interposition of ‘eroticism’ to the phenomena of paintings as metaphor of language.
The additional thing as a new characteristic is following:
[a] Effect which enables viewers to feel it just beautiful, when they focus on its optical beautifulness only.
[a'] Effect which brings discordance to viewers' ‘aesthetic basis = ethical consistency’ that makes distinction what is beautiful or ugly, when they notice that the objects used on it are pornography like vaginas etc.
This is also an attempt to cause a split within indivisibility between ‘sign’ and ‘content’ (means ‘signifiant’ and ‘signifie’ in linguistics term), which is the universal structure of language.
In that sense, eventually the above effect(s) directly operate(s) function of language itself, not as metaphor or analogy. 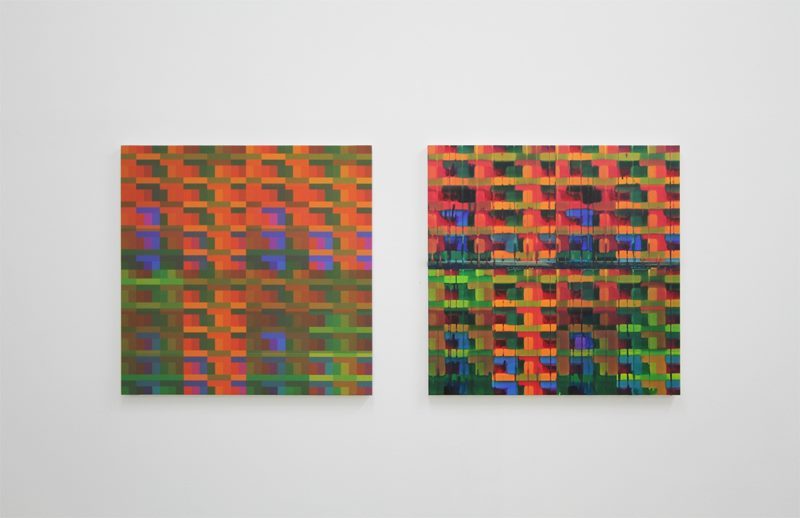 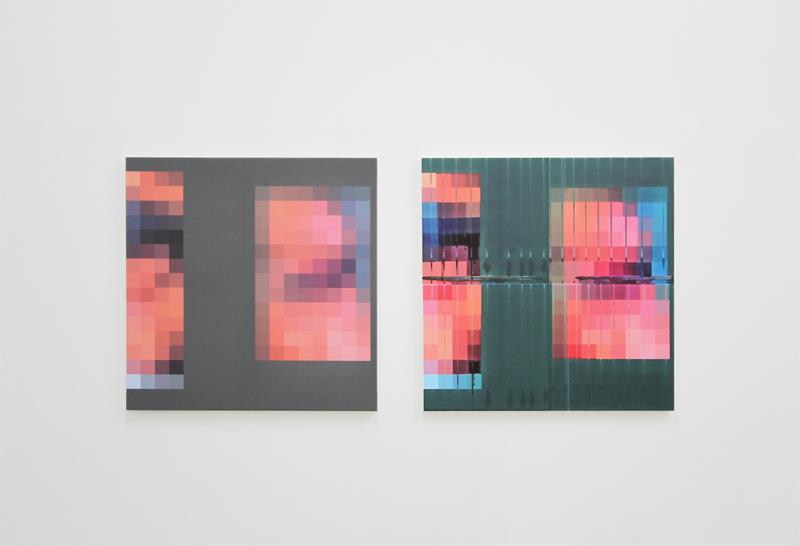 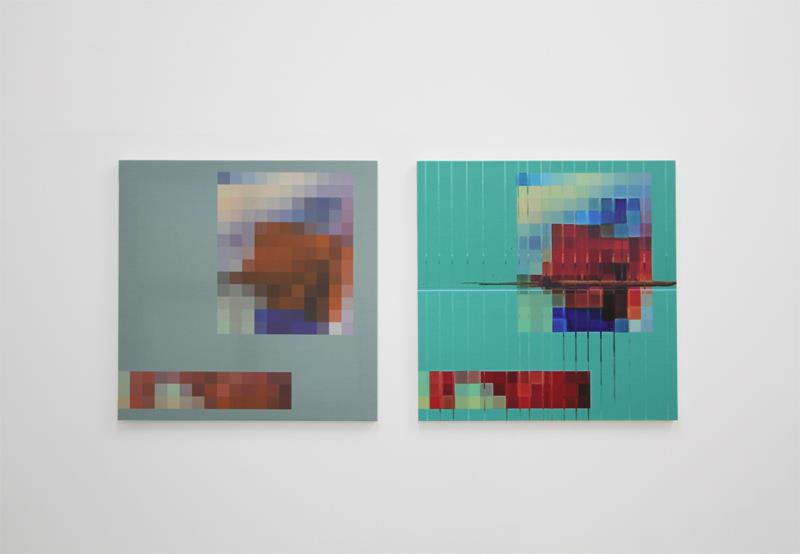