This is an advanced version of Study for Ethical Split. The size is the largest size ‘ 2 x 4 meters’ I have ever made.
Here I show you the almost exactly the same description I presented on it.

Ethical Split series has its roots in the series Painted Negativity made from 2011 to 2013 (version 2011/2012/2013), is the developed out of the conceptual approach of the latter series.

In the series, I used only abstract images in 2011, and since 2012, I have started to use pornography in place of abstract images as a new approach. It has enabled interposition of ‘eroticism’ to the phenomena of paintings as metaphor of language.
The additional thing as a new characteristic is following:
[a] Effect which enables viewers to feel it just beautiful, when they focus on its optical beautifulness only.
[a'] Effect which brings discordance to viewers' ‘aesthetic basis = ethical consistency’ that makes distinction what is beautiful or ugly, when they notice that the objects used on it are pornography like vaginas etc.
This is also an attempt to cause a split within indivisibility between ‘sign’ and ‘content’ (means ‘signifiant’ and ‘signifie’ in linguistics term), which is the universal structure of language.
In that sense, eventually the above effect(s) directly operate(s) function of language itself, not as metaphor or analogy.

And now, Ethical Split 1 is the series of works which has been made since 2015 as more advanced version of the latest version of Painted Negativity.
This new series more focuses on the above mentioned effect [a'] : bringing discordance to viewers' ‘aesthetic basis = ethical consistency’ that makes distinction what is beautiful or ugly.
The one of noticeable differences from Painted Negativity series, is using ‘dead bodies’ photo as well as pornography (in this instance, ‘dead bodies’ has been defined as an extension of pornography, because of the ‘anti-social’ properties which bring disorder to society which is well-ordered by labors. So, I can use the both ‘pornography’ and ‘dead bodies’ as issues which rooted in eroticism).
The other noticeable difference = physically discriminating feature of this new series, is using 'lenticular-printed' board made with lens in place of printed acrylic face, which has function to switch some images with different angles of viewers.
By this, in addition to semasiological deconstruction (means the same of the above mentioned thing: an attempt to cause a split within indivisibility between ‘signifiant’ and ‘signifie’.), works from this series have equipped a new effect which directly impinges on physiological phenomenon ‘what viewers' retinas catch’. That is, when we are in front of the work, the closer, the more we can't understand what we see, because our eyes can not focus on the surface and the deeper layer both. 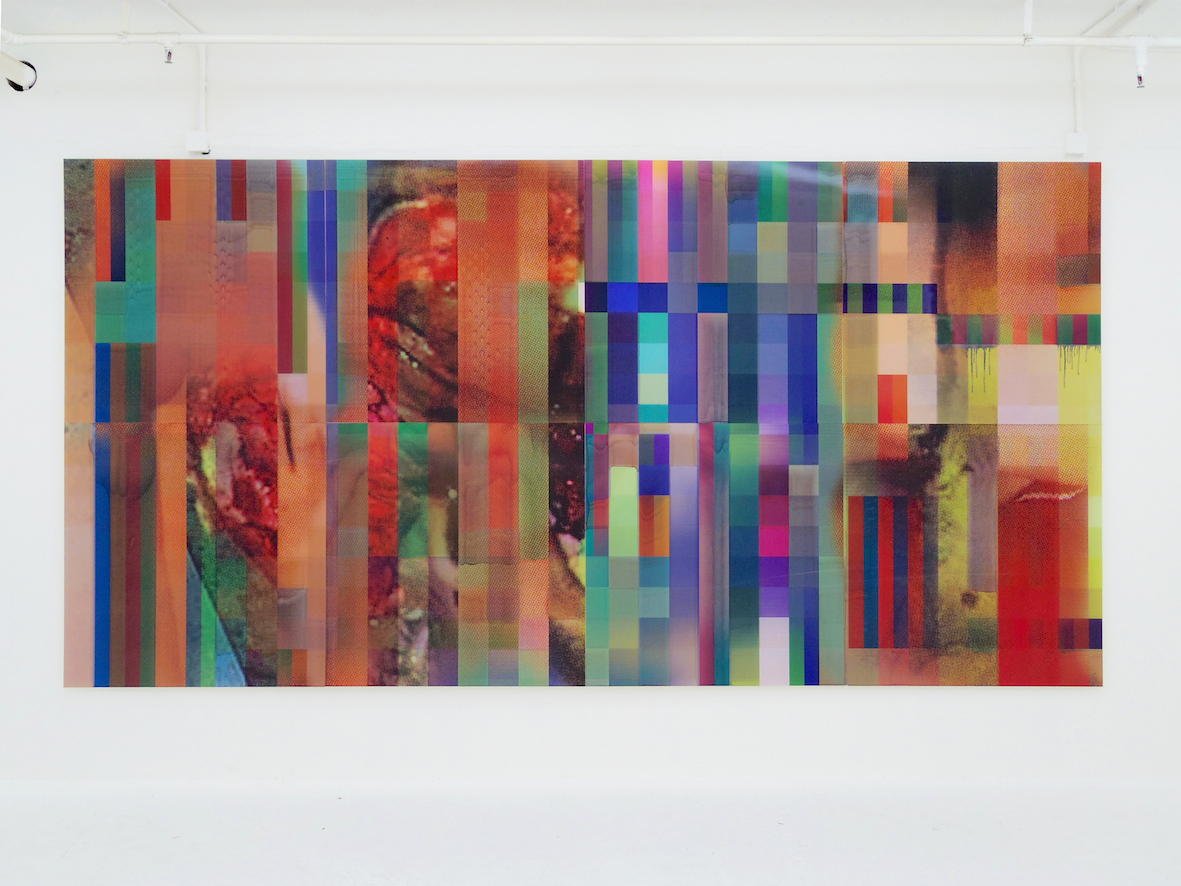 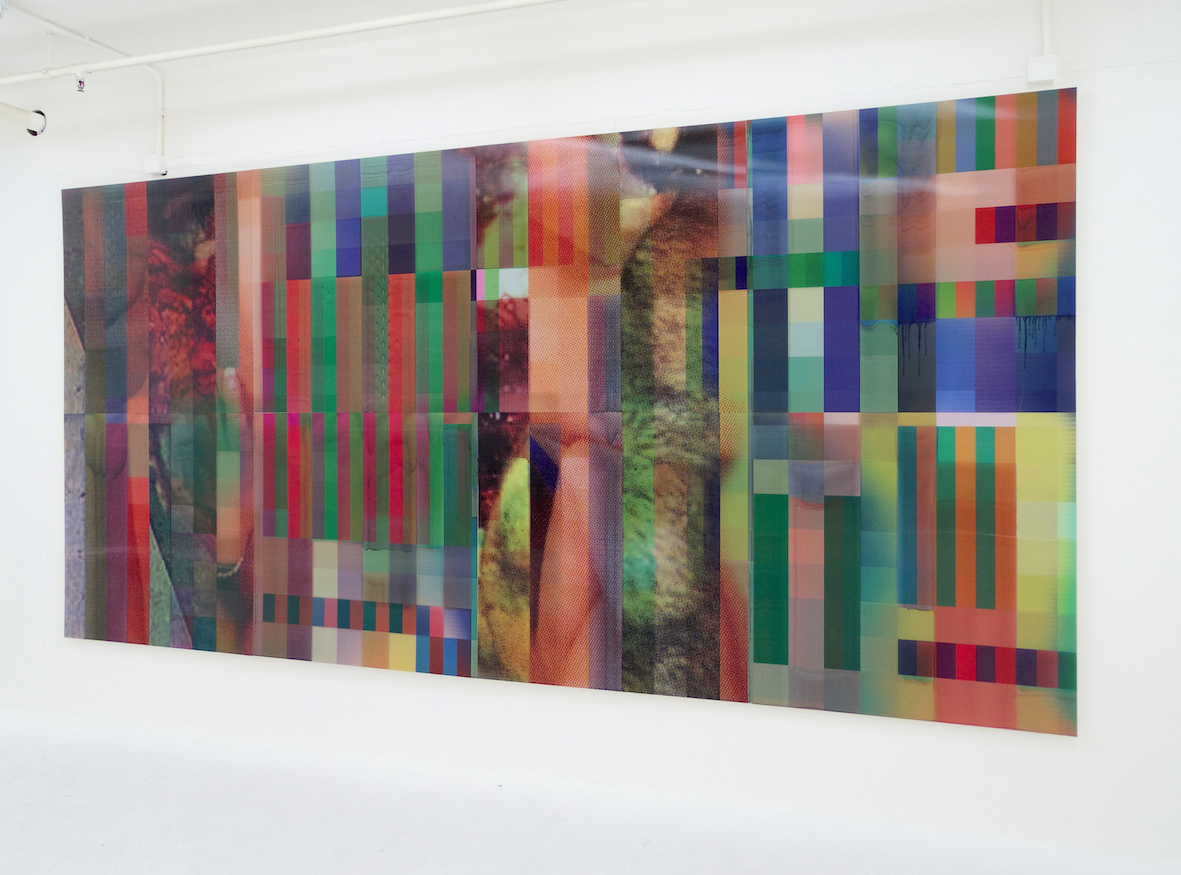 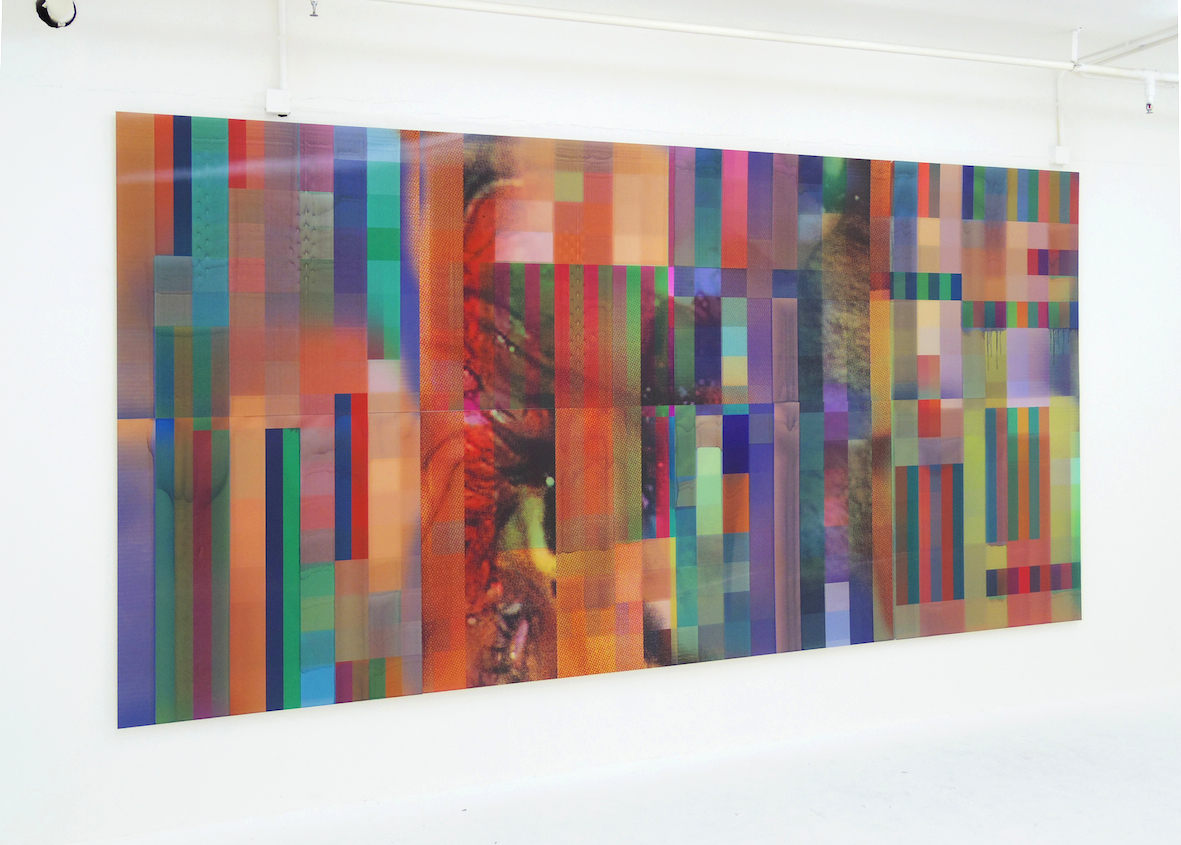